Mr. Bolloré is an outstanding capital allocator, and has grown the share price and book value of BOL over the past 20 years, respectively, by 1,213% and 1,953%.
– MuddyWatersResearch

Let’s start with the first valuation of my 2017 To-Do list: French conglomerate Bolloré

As ebdem wrote in the comments, Bolloré is maybe a good choice. MuddyWaters valued it at 8.5€ in February 2015 … the stock is now around 3.50€. One point MuddyWatres made are the cross holdings which virtually reduce the shares outstanding.

If the stock really was that undervalued a share buyback (maybe in the form of more cross holdings) would definitely make sense. I will look out for that – of course there is a good chance that Mr. Bolloré knows better how to allocate capital than me 😉
Vincent Bolloré was is often named The Carl Icahn of France because of his active investment approach. Looking at the capital structure with a lot of listed subsidiaries reminds me a bit of John Malone/Liberty.

The operating business, which is very Africa, Logistics and Energy focused, did not have a good year in 2016 (3Q numbers are out). Turnover was down 10%. 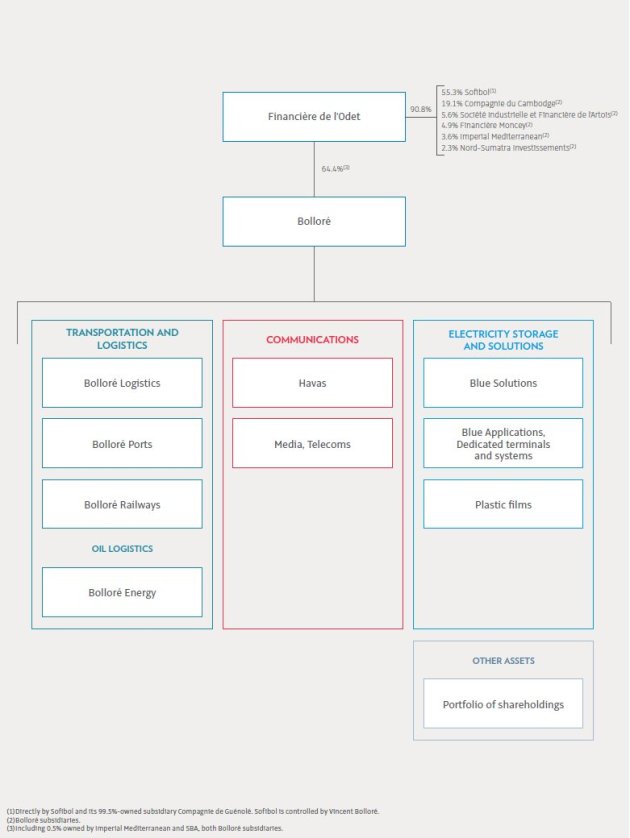 The big ones that really matter are …

56% of the Turnover comes from this section – a lot of it from Africa. Bolloré owns container terminals, the Group also sees to all administrative and customs clearance for its customers. Futhermore, Bolloré Africa Logistics brings to its customers a full range of storage capability. Bolloré Africa Logistics now operates three rail concessions in Africa: Sitarail, Camrail and Benirail.

Revenue for this sector was

havasgroup.com – Bolloré owns 60% of Havas shares. HAV is the sixth largest global advertising company. Its business performance well in the past – revenue grew 3% in 2016 (3Q).

This is a taste of the work of Havas Worldwide:

Bolloré now owns 20% of Vivendi SA. VIV is a french media conglomerate that owns canal+ (a french/african pay tv channel) and UniversalMusicGroup. Vivendi itself owns some listed companies and has recently bought a stake in Telecom Italy, Ubisoft and Mediaset.

I owned vivendi through the financial crisis but sold some time ago. I have tried to value Vivend in May 2016 here. I’m looking forward to look at them again.

His track-record looks great. When he rings the bell he doesn’t bring flowers. He moves and optimize the business and the management. Neither Ubisoft, nor italian Medaset (Silvio Berlusconi) were happy to find out that Mr. Bolloré bought a part of their company thought vivendi.

I recommend you to read the MuddyWaters Report- Report Feb 2015 about him. I have nothing to add on that.

*From 2008 to 2009 BOL’s segment revenue dropped -21.1% / listed holdings would probably also go down
**40% of operating costs in the business are fuel.
***Their Africa Business is very diversified around the whole continent – I can live with that

+++ preview: because I like the management and the cross holing structure gives me a margin of safety I bought some BOL shares the last week +++

The content contained on this site represents only the opinions of its author(s). I may hold a position in securities mentioned on this site. In no way should anything on this website be considered investment advice and should never be relied on in making an investment decision. As always please do your own research!